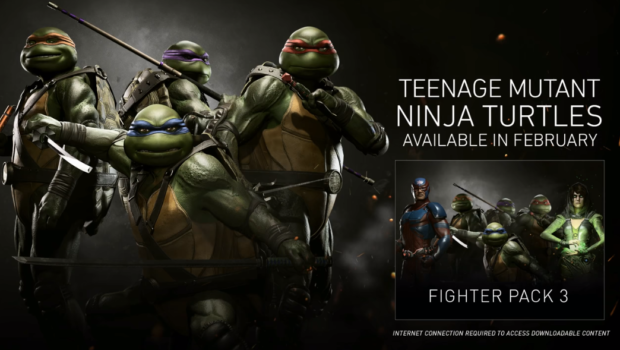 NetherRealms studios has finally revealed gameplay for what will most likely be a highly anticipated finale to the Injustice 2 fighters pack 3 DLC, the Teenage Mutant Ninja Turtles!!

The latest trailer showcases each turtle “kicking shell” as we see some assist style attacks showcased by the hard shelled heroes. We are still curious as to how these guys will play together…or apart as there is still no clue about how exactly you will play with each turtle.

Fortunately, all will be explained later this evening as a new Watch Tower will be coming to us live from Nether Realms headquarters featuring the heroes in a half shell @ 3:00pm CST/4:00pm EST/1:00pm PST. Players will be able to get their hands on the turtles some time this month.