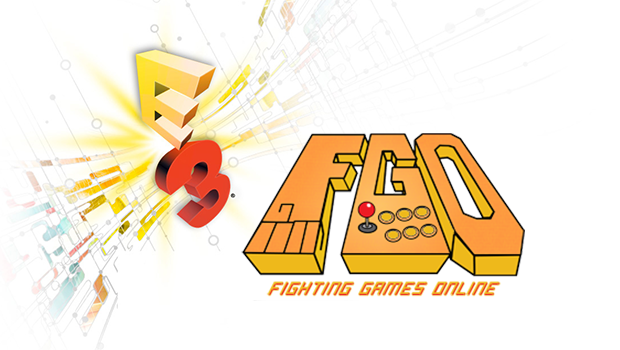 As this year’s E3 comes to a close, FGO would like to highlight some of the amazing reveals and first looks that have been showcased at the legendary video game conference. In our previous post, Nether Realms Studio had just let the cat of the bag, just enough, to give us a glimpse of what was to come for the Next Gen title.  To our surprise, there was more in store as they revealed another trailer at Sony’s PS4 press conference.

The new reveal gave us much more insight then we could have honestly hoped for as it included real time game play and introduced three new characters to the legendary franchise.  As E3 approached day two, game creator Ed Boon showed off more of the game and brought a playable build which he used to give us more info about the new characters , game mechanics, and what they had planned for the game.  An interview with Ed boon and the new MKX can be seen below.

From what we’ve learned this version of MK will have the biggest roster ever produced within the series. Other big reveals were the new characters like Cassie Cage the daughter of Sonya Blade and Johnny Cage.  Gameplay was another highlight worth mentioning as we will see two very significant changes to the new MK.

The first involves environment interaction which was hinted during the first reveal trailer. Like Injustice: Gods Among Us, you will be able to interact with the environment allowing you to jump and flip off of  various objects in the background and weaponize things from trees to physical human beings.

The second is a mechanic that will definitely encourage players to choose just a little bit more wisely. MK X has included three unique styles for each character that you select before the match begins. The styles vary from weapon usage, to different special moves, with the goal of giving players a way to have the best strategy for dealing with different characters and play styles in the game.

Not much was said about online multiplayer but Boon did mention that one of the modes, King of the Hill, would not be available in MK X.

A lot of excitement is coming out of the latest next gen fighting game reveal and for good reason. Ed Boon has gone on record to say that MK9 was their most successful selling MK game in the history of their franchise so you can expect that NRS is highly motivated to out do their predecessor in every way.

MK X will be available for PS4, Xbox One, and PC with development in the works for a PS3 and Xbox 360 version as well. Although Guilty Gear Xrd -Sign- was not the most highly talked about fighting game at E3 this year, the first next gen fighting game that will be available for the PS4 this fall deserves an honorable mention.

Unfortunately, there were not any big reveals, only a playable build available for PS4 on the show room floor. In an interview with  Daisuke Ishiwatari conducted by Game Spot, Ishiwatari mentions the differences in arcade vs the home console version noting that being able to do 1-frame links is very difficult online compared to arcades and that players may become very frustrated with the constraint of online play. This no doubt hints to how the game will feel online and one can only gather that despite the game coming to a next gen console, there is still a great need for improvements to be made when it comes to the netcode for fighting games.

Although there were not any big reveals made, there was a small hint at possible DLC characters and earlier this month it was revealed that GGXrd would have the ability to cross play across the PS3 and PS4 console. The full interview can be seen with Ishiwatari below.

GGXrd is expected to be released sometime this holiday season. The next gen reboot seems to be going strong as it gears up for its second season which will introduce some old faces with a new make over.  The new developers, Iron Galaxy, revealed their plans for the upcoming season 2 and kicked off a character reveal pre E3 introducing players to the hard mutli-hitting boxer TJ Combo.

The brand new season will be introducing 7 new characters including the first revealed character TJ. David Lang, CEO at Iron Galaxy, has also noted that their will be some new game play additions, modes, and tweaks to the online multi-player as well. One of the biggest reveals besides the new character addition is an added mechanic that will allow players to continue combos when their opponents gets launched into the air. An interview with David Lang, which, seems to go horribly wrong at the end can be seen below.

No release date has been confirmed as of yet so stay tuned as more information is sure to come in the near future. In April, we reported on this new free to play IP from Namco Bandai. Unfortunately, FGO was unable to get a first look during the Alpha test play that was available through steam due to a technical error, we can only hope that we get more luck once they go into beta testing. This E3 brought even more news and two more character reveals to feast our eyes on.

From the looks of things ROI continues to separate itself from your average fighting game and the two new characters do very well to cement the feeling. Unlike your average 2 vs 2 fighting game, ROI will rely heavily on team based gameplay, this means Free For All is out. One signature stand out of the team based gameplay method is an ability to do team combos through the use of launchers.

The question for how this F2P model will work when it comes to monetizing has been a big question surrounding this interesting next gen offering and the folks over at Namco Bandai are quick to put the players minds at ease, citing that ROI has plans to create profits with character customizations.

Whether character purchasing will be another way of making profit is not known at this time and we are assured that at least for now you will have access to all the characters that are available at the official game release. An interview with the games producer can be seen below.

ROI is targeted to release some time next year on steam but there is no official date for the release as of yet. Super Smash Bros. is most likely Wii U’s biggest game this year and for good reason. It’s big roster continues to grow and E3 was the home to a few big reveals and game announcements.

As Nintendo gears up for its release of Smash on both the 3DS and the WII U system, they’ve been doing an great job of including the community by creating events like the Smash Invitational and creating peripheral devices that are sure to please fans of the previous titles. Recently, they revealed their bundle which will include the game, the newly designed gamecube controller, and the gamecube converter box.

Nintendo Direct E3 also revealed a great deal of content that will be available on both the 3DS and the Wii U version. During the presentation, Nintendo revealed the new Mii fighters that will be available in Super Smash Bros. They’ve broken these fighters into three select categories, Brawler, Sword Fighter, and Gunner. In addition to these three options you will be able to customize 3 distinct move sets having 12 moves to choose from for each style.

Super Smash Bros. is turning out to be a real 360 in the way Nintendo does things and there is no doubt in my mind come holiday season the WII U may just be on the minds of many consumers when their making a decision on picking up a new console.

Other announcements from E3

Sony’s press conference unveiled their new service that is going to allow players access to a back catalog of PS3 to PS One games through a cloud streaming network. This new service is titled Playstation Now and it immediately went into beta giving PS4 and Vita players a chance  to try out a few titles Sony plans to have in their lineup. One of those titles is the recently released Ultra Street Fighter IV.

The biggest concern with Playstation Now will be the lag that has been infamously apparent in many of the previous cloud streaming services in the past. For now PS4 owners can some what revel in the fact that they may just have a way to play the titles that aren’t available for the next gen console as PS3 will be seeing a great deal of fighting games released in the near future.

This new version of Arc’s foray into the fan loved world of Persona is making it’s way to home console this Fall. As to date,  Ultimax will receive a total of 6 new characters 3 of which are exclusive to the console version.

There was a Legend of Raven sighting at this years E3 in the form of a playable build for the PS VITA. Not much information on a release date as of yet but its great to see that it is still in the works.

Just recently, Steam green lit the new version of the game better known as Yatagarasu: Attack on Cataclysm which is still in development.

Namco Bandai continues the tradition of introducing a new Dragon Ball Z game to the next generation of consoles with Dragon Ball Z: Xenoverse.

Dragon Ball Z: Xenoverse will be available on the PS4 and Xboxone.

Though there was not a meteoric rise in the presence of fighting games at this years E3, it is pretty apparent that there is a lot to look forward to in the coming months following into next year. We can only hope that next years E3 will bring us even more amazing new indie and next gen titles for us to enjoy.